Victorians have “rejected the low road of fear and division” by voting Labor back into government, Premier Daniel Andrews says, as the Liberal-National Opposition wonders where it all went wrong in a state election some have described as a bloodbath.

At 9:00am (AEDT), the ABC’s election computer was showing a 4.8 per cent swing to Labor, and forecasting 55 seats were likely to go its way in the 88-seat Lower House.

At Labor’s election night function in Mulgrave, in Melbourne’s south-east, the re-elected Premier told the party faithful that Victorians had “overwhelmingly endorsed a positive and optimistic plan for our state”.

“They have endorsed the removal of 75 level crossings,” he said.

“And they have have endorsed the biggest infrastructure agenda in road-and-rail in this state’s great history.

“They have, in record numbers, at the same time, rejected the low road of fear and division. 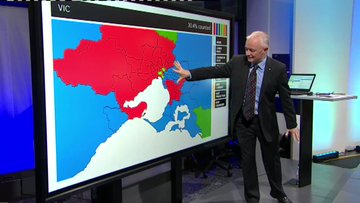 He declared his was the “most progressive Government in the nation”.

Labor could claim the Liberal strongholds of Sandringham in Melbourne’s south-east, and Nepean on the Mornington Peninsula.

Even in blue-chip Brighton — which has never been won by Labor — 19-year-old university student Declan Martin was threatening to take the seat from Liberal James Newbury.

Those seats were seen as crucial to the result.

In the state’s Upper House, the ABC’s election computer calculated Labor would increase its numbers from 14 to 19, and the Greens faced the prospect of losing four of their five seats.

The Liberals’ presence was forecast to shrink from 14 to 9.

Look back over our live coverage of the Victorian election as it happened.

Space to play or pause, M to mute, left and right arrows to seek, up and down arrows for volume.

ABC election analyst Antony Green looks at the candidates, the key seats and the results in the Victorian election.

“Every day in opposition is a day closer to government and while tonight is not our night, we know that, we acknowledge that, we accept that, our time in the sun will come again,” Mr Guy said.

He said the result might not be as bad for his Coalition as forecast.

“A lot of seats tonight, I’ve noted, are being written off or given away … without the counting of the early and pre-poll votes,” he said.

“We expect a number of those seats to be retained by the party, but they in no way detract from the result our opponents had tonight.”

The Greens were looking unlikely to add to their three Lower House seats of Prahran, Northcote and Melbourne — and could even lose one.

Before the election, the Greens had hoped to pick up seats in the Lower House and had targeted Albert Park, Richmond and Brunswick, but all three had swings to Labor. 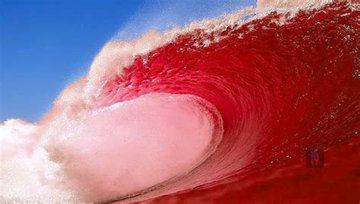 Federal Greens leader Richard Di Natale said it was too early to tell whether the Greens would hold all three seats, but he congratulated Mr Andrews.

“What we have seen is Victorians comprehensively reject a really awful campaign based on law and order, trying to divide the Australian community — really an attack on multiculturalism, trying to use that awful crime that was committed during the campaign and ramp up the rhetoric on terrorism,” he said.

In Mildura, in the state’s north-west, Nationals incumbent Peter Crisp, who held an 8 per cent margin, was trailing Ali Cupper.

Nationals MP Tim McCurdy had held his north-eastern seat of Ovens Valley on a 16.6 per cent margin. But he was facing a strong challenge from independent Tammy Atkins and Labor’s Kate Doyle.

In Benambra, also in the north-east, Liberal Bill Tilley was leading independent Jacqui Hawkins by less than 2 per cent.

Green said the swings to Labor in Melbourne’s east were reminiscent of John Cain’s 1982 election win, when the ALP returned to government for the first time in 27 years.

“The swings in eastern Melbourne are consistent and very strong,” Green said.

Explore the results from every seat, as well as the latest count for the Upper House.

Labor Health Minister Jill Hennessy said the result was “looking like a bloodbath”.

“I am surprised at the degree of the swing out in the eastern suburbs,” she said.

“We’re also hearing some very positive news around some of the swings in both Bass and in Ripon.

“But the swing in the east, the swing in Bentleigh, the swings we’re seeing along our sandbelt seats, are probably more pleasant news than I might have been expecting at this point of time.

“We have not really held a lot of seats other than Monbulk out in the east.

“To see this happening is quite extraordinary.”

PHOTO: The results were difficult for Liberal supporters to watch at the party’s official function. (ABC News: Danielle Bonica)

“I will say this — if there’s one person who should stand down tonight it is Michael Kroger,” he told Channel Seven.

“And he should stand down before the clock strikes 12.

“Because I think his leadership of the party over recent times has been appalling.

“Michael, if you’re listening, it’s 8:20, by midnight I hope your resignation is on the floor.”

COVIDsafe: NEW APP TO SLOW THE SPREAD OF CORONAVIRUS

Fresh Radio has managed to reach, engage and keep thousands of listeners due to its unique character. It is the only Greek radio station in Melbourne and in Australia playing extremely high quality music 24/7.
Discover more