The Indigenous actor David Gulpilil has received the lifetime achievement award at the 2019 Naidoc awards.

The annual awards, which recognise the significant achievements of Aboriginal and Torres Strait Islander people, were presented in Canberra on Saturday night.

“They celebrate our past, our present and our future and [how] individuals’ unwavering determination and work enrich our communities,” he said. 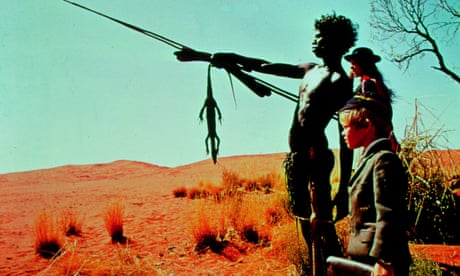 David Gulpilil Ridjimiraril Dalaithngu AM has been recognised for revolutionising the way the world sees Aboriginal people by bringing traditional culture to the big screen.

He has enjoyed an acting career spanning 50 years, appearing in iconic films such as Walkabout, The Last Wave, Crocodile Dundee, The Tracker and Rabbit Proof Fence.

Dean Duncan, the national diversity manager at the non-for-profit organisation Lifestyle Solutions, has been awarded Naidoc person of the year as a champion of diversity, social justice and equality.

Person of the year – Dean Duncan

Youth of the year – Mi-kaisha Masella

Apprentice of the year – Ganur Maynard

Sportsperson of the year – Shantelle Thompson

EXTENSION OF TRAVEL BAN TO PROTECT AUSTRALIANS FROM THE CORONAVIRUS

Fresh Radio has managed to reach, engage and keep thousands of listeners due to its unique character. It is the only Greek radio station in Melbourne and in Australia playing extremely high quality music 24/7.
Discover more